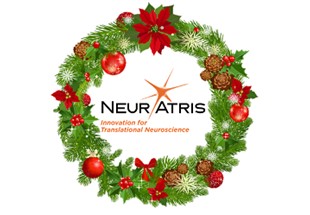 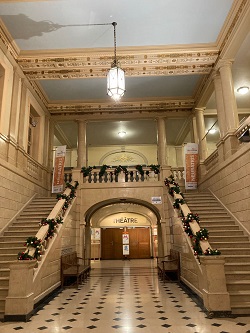 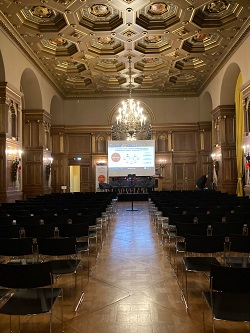 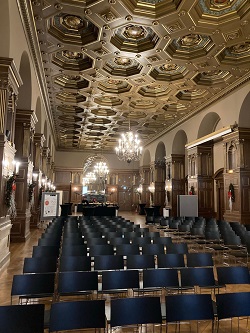 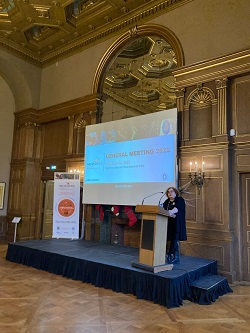 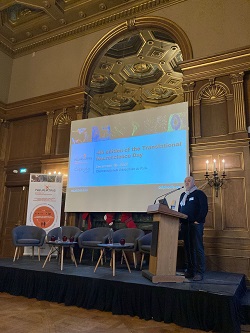 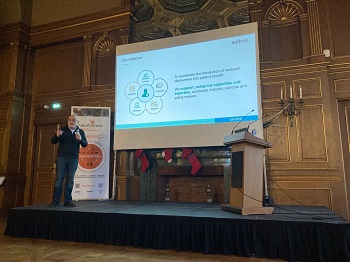 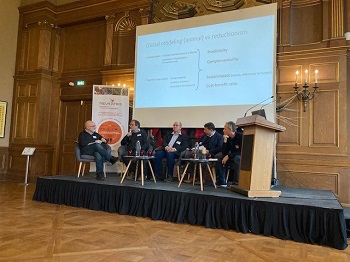 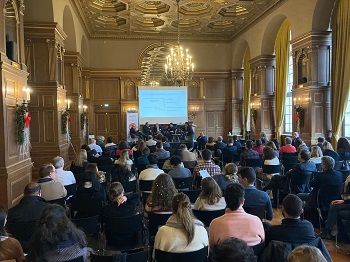 Sa présentation était intitulée: "Development of an AAV-based model of tauopathy targeting the dentate gyrus to study the role of microglia in the spreading of toxic tau species" 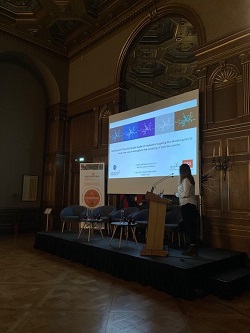 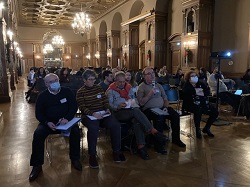 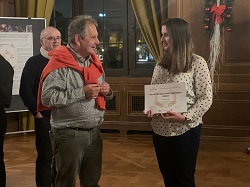 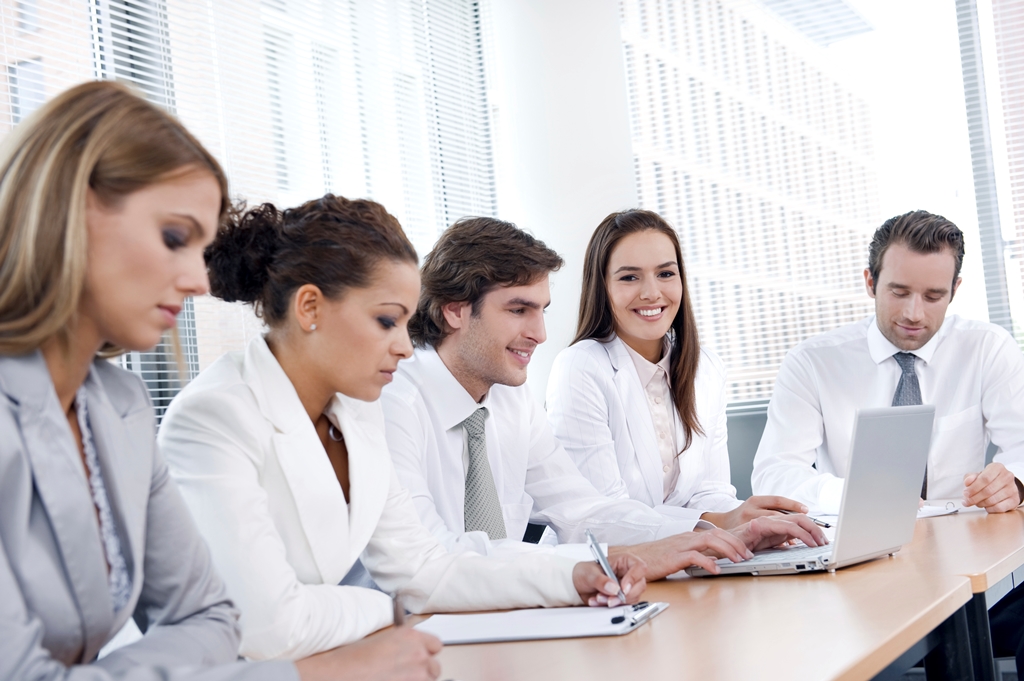 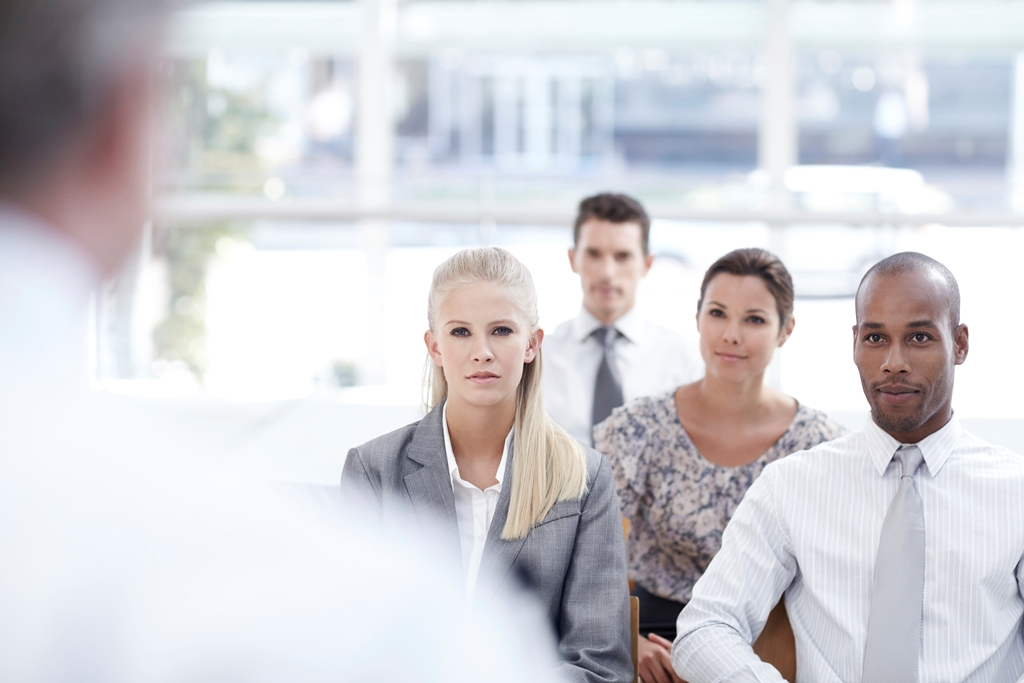 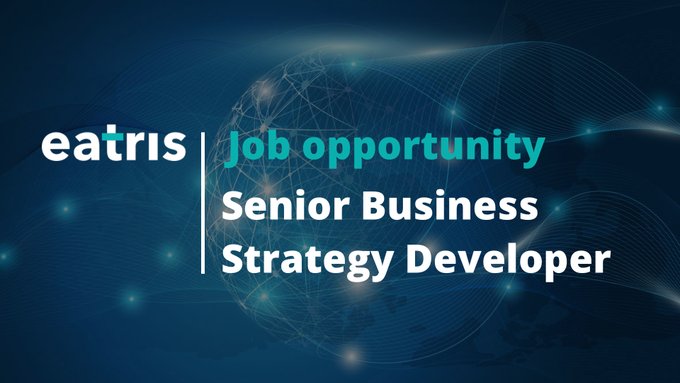 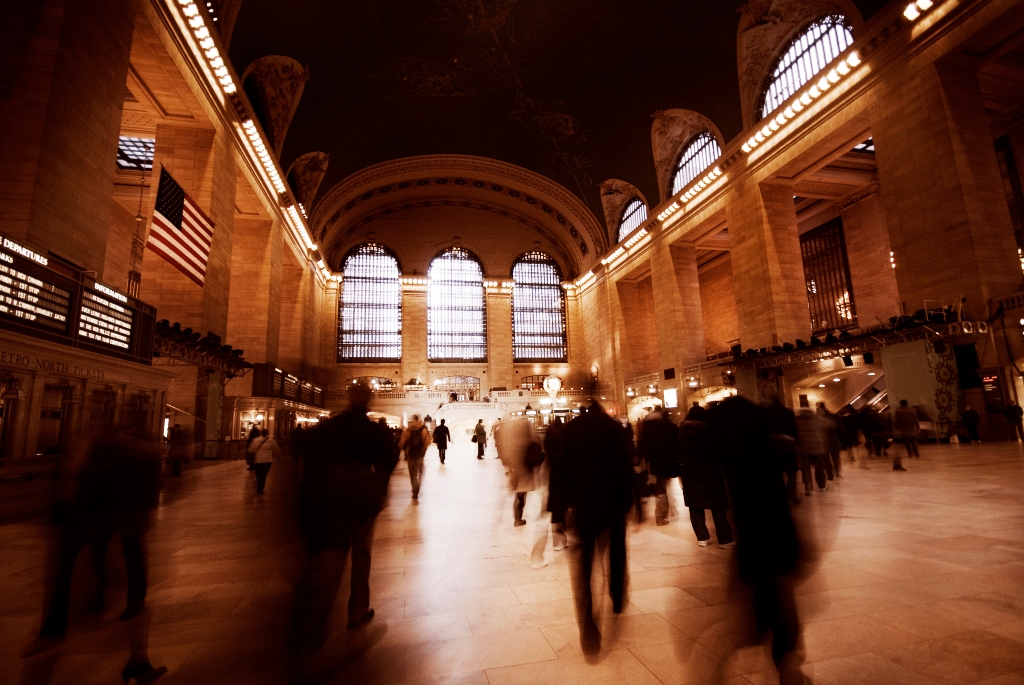 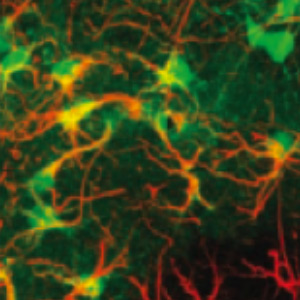 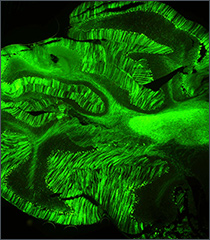 ADVANCE is a 30-month EU training project, supported by Erasmus Plus fund with the objective to develop a 3-stage learning programme to support early-career biomedical scientists in developing currently missing scientific knowledge, transversal skills and competences to meet the key challenge areas existing in the ATMP development cycle.

The ADVANCE online course launched on December 1st2020 and is completely open and free of charge to anyone interested in the ATMPs development topic. The course consists of ca. 7 hours of interactive lectures and nearly 20 hours of independent hands-on and reading assignments. It is all self-paced, and participants can move through the course as their schedule allows.

This online course is divided into 4 Units representing the key challenges of the ATMPs development cycle: Scientific, Manufacturing, Reimbursement and Regulatory. You will hear 12 experts across academia, industry, regulatory sector and patient organisation discuss the key aspects in the ATMP development pipeline. The lectures are interspersed with questions to help participants stay engaged and think along.

With the help of NeurATRIS and EATRIS, the French Club of Glial Cells offers a mini-symposium on innovating therapies for glial cells related diseases on November 25, 2020 at 14:00 CET.

The diseases of the nervous system including tumors are among the most dreadful diseases in humans. While the final outcome of these diseases is almost invariably due to neuronal dysfunction and death, glial cells often appear to be at the origin or to largely participate to the neuron unsettling. Thus, designing therapies directly targeting glial cells is highly relevant for the large majority of diseases of the central and peripheral nervous system (CNS/PNS).

As glial cells provide an undeniable and significant support to neuron function and survival, an exciting novel way to tackle nervous system diseases is to design therapies that will modify, improve or sustain this support in order to prevent neuronal cell dysfunction or death.

In this webinar, 3 reknowned speakers will illustrate this strategy using various technological approaches and treatments in diverse types of glial-cells related pathologies of the CNS and PNS.

With the help of NeurATRIS and EATRIS, the GDR Microglia and Neuroinflammation offers a mini-symposium on the role of glial cells in health and disease on December 3, 2020 at 14:00 CET.

As microglia were found to play major role in CNS development and interacts with neurons in the healthy brain, an exciting novel way to tackle nervous system diseases is to better understand how microglia during neuroinflammation contribute to neuronal cell dysfunction or death. In this symposium, we propose to apprehend the role of microglial cells in early stage of CNS diseases through various CNS pathological models. The goal is to offer a large enough diversity of speakers to be attractive for a large amount of neuroscientists interested in the fields of microglia, neuroinflammation and neurodegeneration.

More information about the program…

Rosa C. Paolicelli
Department of Biomedical Sciences, University of Lausanne
The many roles of microglia in neurodegeneration

Abstract: Microglia are implicated in a variety of functions in the central nervous system, ranging from shaping neural circuits during early brain development, to surveying the brain parenchyma, and providing trophic support to neurons across the entire lifespan. In neurodegeneration, microglia have been considered for long time mere bystanders, accompanying and worsening neuronal damage. However, recent evidence indicates that microglia can causally contribute to neurodegenerative diseases, and that their dysfunction can even be at the origin of the pathology. In fact, the broad range of physiological roles microglia play in the healthy brain suggest that faulty microglia can initiate neurodegeneration through several possible mechanisms. In particular, in this webinar, we will discuss how dysfunctional synaptic pruning by microglia significantly affects synaptic function, thus putting microglia center stage in the pathogenesis of brain disorders.

Abstract: Perinatal inflammation is the leading cause of neurodevelopmental injuries including periventricular white matter injury (PWMI), in the premature newborn. Brain inflammation alters development through neuroinflammatory processes including activation of homeostatic microglia toward a pro-inflammatory and neurotoxic phenotype causing white matter defect. Investigating immune regulators of microglial activation in model of WMI in mice pups could be an effective strategy to prevent PWMI. We presented here an in-depth analysis of microglial activation and phenotype in our model and an original neuroprotective approach employing 3DNA nanocarriers as a cargo to target these regulators specifically in microglia allowing to alleviate neuroinflammatory processes and improve myelination reducing the incidence and severity of perinatal brain injuries.

Abstract: Congenital cytomegalovirus (CMV) infections of the brain are one leading cause of human neurodevelopmental disorders. Despite their frequency and severity, neuropathogenesis remains elusive and no satisfactory therapy is available. In the past years, studies in rodent models have helped in identifying various possible pathogenic processes that included immune alterations. More pathophysiological insights, particularly into the early events following CMV infection of the developing brain, are needed. To reach this aim, we have designed and studied a model of CMV infection of the rat developing brain in utero. In this model, the postnatal manifestations seen in CMV-infected pups recapitulated several aspects of the human disease. Brain immune alterations were detected at the cellular and molecular levels. Recent past as well as ongoing experiments indicate that fetal microglia on the one hand, and a chemokine encoded by the CMV genome on the other hand, might play pivotal roles in neuropathogenesis. These findings might provide proof-of-principle towards the future design of approvable therapeutic options.

The three European Medical Research Infrastructures (EATRIS, BBMRI and ECRIN) have written a short policy support paper with concrete suggestions on optimising the research process for robust, reproducible and actionable results to tackle the challenges of the COVID-19 pandemic.

These suggestions would be important to reinforce a pandemic preparedness strategy strengthening our capacities to face potential future outbreaks of the disease.

Here is the link for the document: https://bit.ly/2Al8QUK 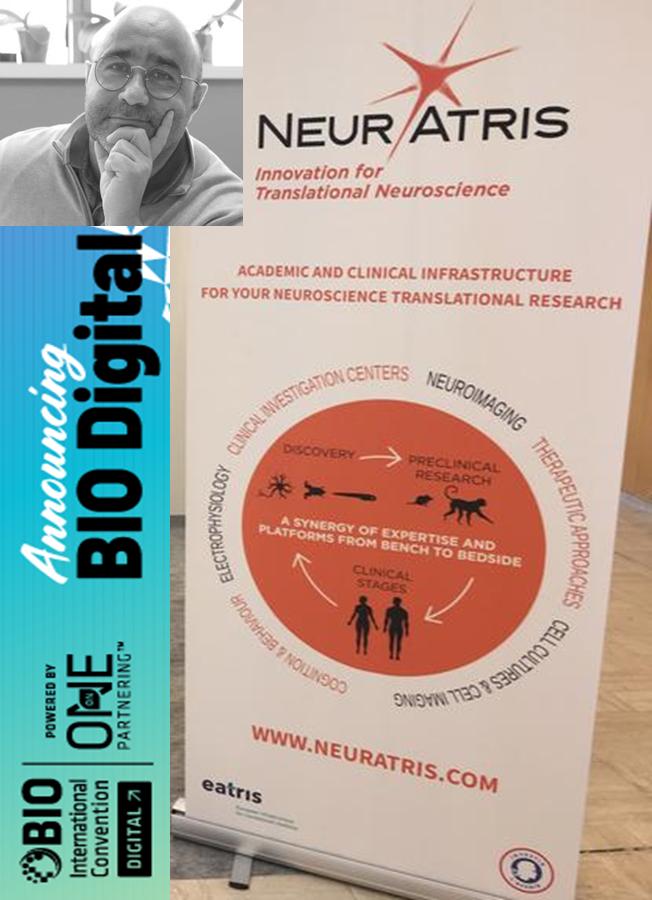 EATRIS mission is to accelerate the translation of promising scientific discoveries into benefits for patients. We focus our main activities on bridging the innovation gap between the lab and the clinic and we offer services and expertise to increase chances of research to successfully reach patients.

The EATRIS infrastructure’s resources are therefore highly relevant for the research community in the context of the COVID-19 pandemic, and include numerous following expertise and services. 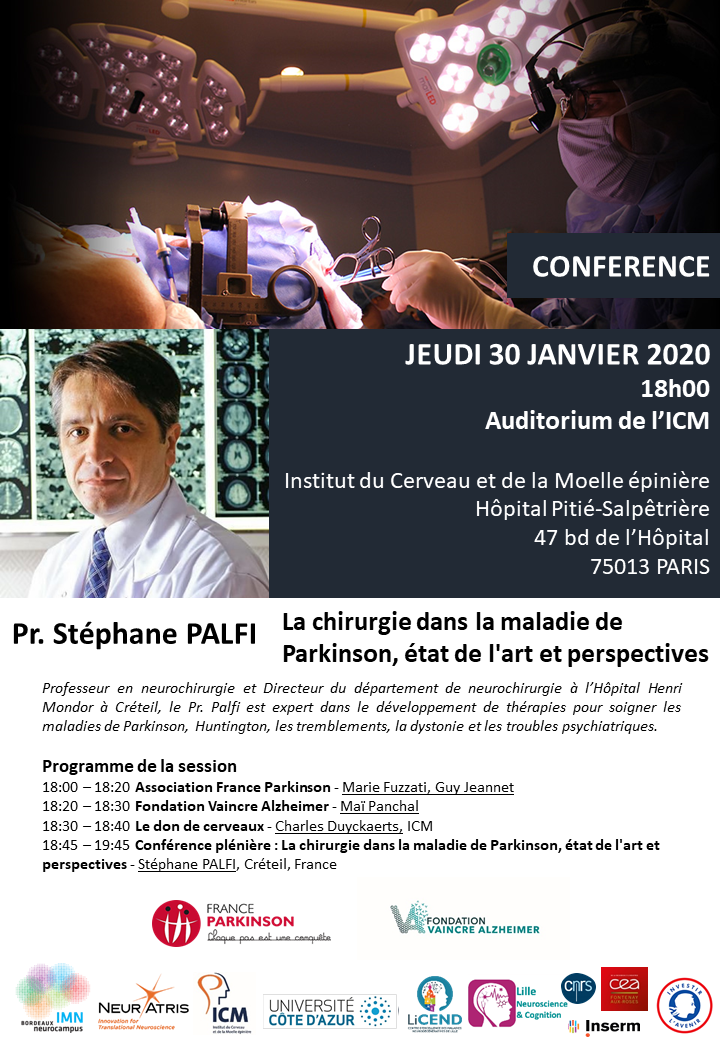